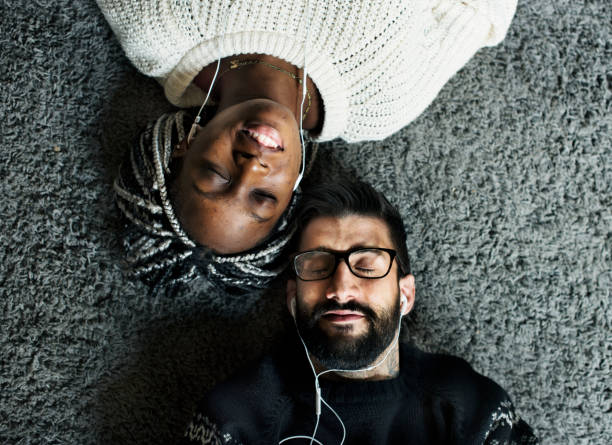 One thing we can’t deny is the simplicity and compatibility that comes with Apple devices. But, putting that aside, how does Apple Music, as a product, compare to Spotify, whose sole purpose is to improve the quality of streaming music?

They are so many criteria to look at here, from budget to library to versatility of content. We are going to take it one step at a time so, Buckle up cause this is going to be one hell of a ride.

ALSO READ: Apple Music vs Spotify vs Amazon Music: Which Is Better?

What is Apple music?

Apple Music is a product of Apple Inc. and is the forerunner of Beats, which was the original music platform for Apple devices.

It was launched in 2015, following the closure of Beats, to usher in a new era of music for Apple Inc., and this era appears to be promising, with over 70 million active users monthly.

Apple Music has over 90 million tracks in its archive as of June 2022, and with the number growing daily, it is expected to reach a hundred million by the end of 2022.

An Introduction to Spotify

Spotify is the brainchild of Swedish entrepreneurs Daniel Ek and Martin Lorentzon, it was first introduced in 2006.

It has grown significantly to become the world’s leading music streaming service as of March 2022, with over 420 million active users monthly and over 180 million of these users subscribing. No other music streaming platform currently has these figures.

Free streaming can be contextual, so we will be looking at what it means for both platforms and the features both offer.

Apple Music offers the first month free to first-time users, but after that, the user must pay for access to the platform’s content library. This implies that there is no free subscription on the platform in the long run.

To get the free subscription, you’d have to enter your card details which will be charged when the trial period expires.

This allows us to label this experience as a “free trial,” which means that after this period, you must decide whether or not the service is worth spending money on.

While for Spotify you can use their service for free or pay for a premium plan. The free plan on Spotify allows you to access Spotify for free without being prompted to enter your payment information.

You could also try Spotify’s three-month free trial; however, you will need to enter your payment information.

Below is a table of comparisons for the free plan on both platforms.

Looking at the comparison, you’ll notice that the free trial on Apple Music offers everything the premium package does, but it only lasts a month. While Spotify Music has a lot of features, it does not have everything.

So, Apple Music wins the first month, but Spotify takes the crown because it’s free forever.

Payment plans on both platforms are flexible and vary by region. After you’ve tried the free trial and determined that Apple Music is worth a subscription, you can select from several plans.

Individual plans in the United States cost $9.99 per month and allow only one device to be connected. Then, for $14.99, you can get the family plan, which allows you to connect up to five devices.

Finally, there’s the $5.99 student plan, which is also limited to one user.

You should also keep in mind that the plans differ by country; if you live outside of the United States, you may not be paying the same price for these plans.

There are various payment gateways through which you can pay your subscription, and these gateways offer discounts. For example, Verizon offers up to 6 months free when you subscribe using their gateway.

When you purchase an Apple Music subscription, you will receive:

Spotify Music has a similar set of plans, but it has better deal inclusion. let’s take a look at them:

Then there’s the Duo plan. This provides access to two people in addition to other premium package features; it costs $12.99 per month.

Then there’s the family plan, which allows up to six devices. Finally, the student plan is the cheapest and most feature-packed.

For $5.99, you get all of the premium plan’s features as well as access to two video streaming services, Hulu and SHOWTIME.

Apple Music had over 90 million tracks in its library as of June 2022, and the number is constantly growing. Apple Music has more than 30,000 playlists, which should keep you entertained for a long time.

Even if all of the tracks on the platform were 5 minutes long, which we know a large number of them are, it would still take 34 years to listen to them all.

Spotify also has a large library, with over 80 million tracks available on demand, 4 million podcasts, over 3000 official playlists, including the Billboard 100 and Billboard Weekly, and over 4 billion curated playlists.

When it comes to these two, there is an ocean of content. With original shows, podcasts, and live radio, they both have enough content to keep subscribers engaged.

Both Spotify and Apple Music are available on Android and IOS. They both can be streamed using the web app as well as on PC.

Apple Music and Spotify both provide amazing services and features. However, there are two reasons why Spotify will be a better option in 2022.

It gives you access to a lifetime free plan, and if your budget isn’t too tight, you can still subscribe to Spotify premium. Its free trial also lasts for three months while Apple Music lasts for one month.

Spotify’s student plan allows you to save money on video streaming subscriptions by providing free access to two streaming services. 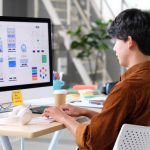