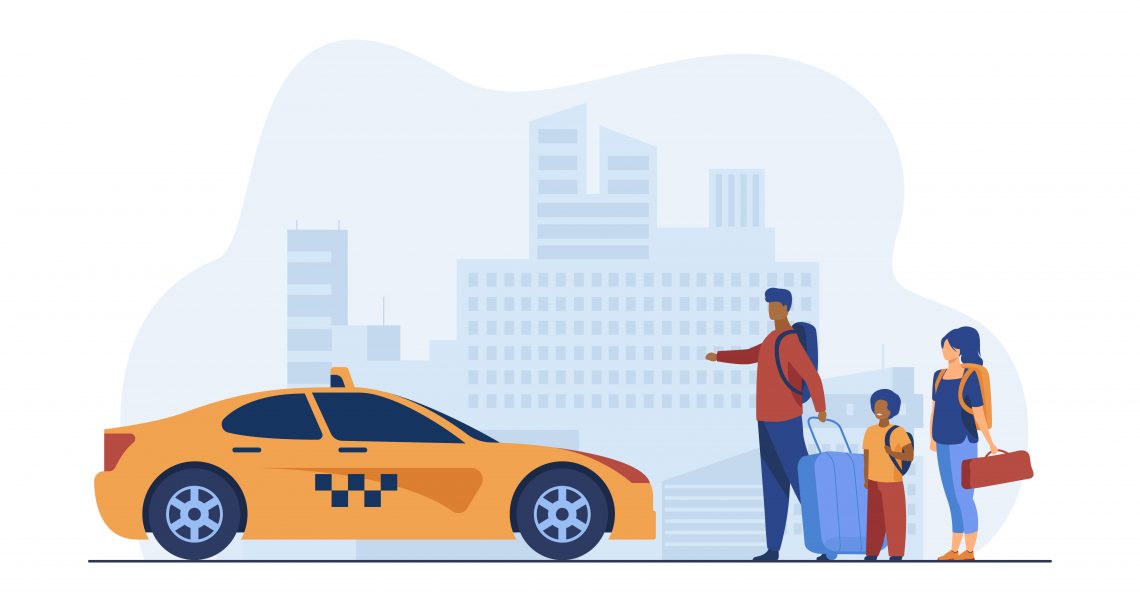 The world we know is changing, and technology, for what it’s worth, is improving and making processes easier by the day. Didi and Uber have made private transportation more convenient and accessible to everyone.

Think about how you’d have to stand by the side of the road and wave your hands for a taxi to stop, but now you can sit in the comfort of your own home and book a ride, and the driver will come to pick you up right at your door without even breaking a sweat.

Didi and Uber are two tech giants that have made this a reality all over the world. And In this article, we’ll look at how they work and which is the better option.

ALSO READ: Bolt vs Uber: Which Is Better for Drivers and Users?

Uber cab was the original name of uber from inception as far back as 2009 when it was founded by Garrett Camp.

He was a computer programmer and co-founder of StumbleUpon, and Travis Kalanick, who sold his Red Swoosh startup for $19 million in 2007.

The story began when Camp and his friend spent $800 on a private driver he then made it his goal to look for a way to cut down the cost of direct transportation.

In the fourth quarter of 2021, there were over 118 million active users on Uber worldwide, translating to 19 million rides per day. Uber owned 71% of the ride-sharing market cap. As of January 2022, the United States had a 27% market share for food delivery.

Uber has been so dominant in the sharing economy that the commoditization of service industries that use computing platforms for operations is being called uberisation, and several startups have described their offerings as “Uber for X”.

Didi, formerly Didi Dache or Didi Kuaid, which means “vehicle for hire” in Chinese, was founded in June 2012 by Cheng Wei. It is a Chinese corporation with headquarters in Beijing, China.

Didi, which has over 550 million active users and 15 million drivers worldwide, generates an average of 30 million rides per day, making it one of the largest Ride-Sharing companies in the world.

The company offers app-based transportation services such as taxi hailing, private car hailing, social ride-sharing, and bike sharing, as well as on-demand delivery and automobile services such as sales, leasing, financing, maintenance, fleet operation, and electric vehicle charging, as well as vehicle co-development with automakers. Xiaoju Kuaizhi Inc. is a subsidiary of the company.

Uber is an American mobility service provider that allows users to book a car in the same way as a taxi. Uber’s headquarter is in San Francisco, and the company operates in over 80 countries and 10,500 plus cities as of 2022.

Uber’s revenue generation system is based on commissions from bookings rather than vehicle ownership. In terms of pricing, the fare depends on your location.

Didi generates the majority of its revenue from its app by charging a percentage of each trip, ranging from 5% to 20%. There is also the DiDi delivery service, where customers can pay to have goods delivered to them by Didi drivers.

The registration process on both platforms is simple and identical. Simply open the app and sign up with an email address and a phone number.

When using Didi, simply download the app, click the signup button, and enter your name, email, and phone number. You will also be asked to verify your email. It is the standard operating procedure for both Didi and Uber.

Didi vs Uber: How to Pay

When booking a ride, you are given the option of paying with cash or a card. If you choose to pay with your card, you need to link your card to the app; most users prefer this option because no one walks around with cash these days.

Payment discounts are available on both platforms by entering a promo code.

Uber vs Didi: Book a Ride

There’s also uber pet, which provides an affordable ride for you and your pet and costs around $25.33, the black SUV, which is a luxury ride for up to 5 people, and the uber wav (wheelchair-accessible rides), which costs around $20.86.

Finally, there’s the uber car seat, which includes a special seat for your toddler and costs around $32.04.

Didi has a lower pricing system than Uber; traveling the same distance on Uber will cost more. It offers numerous customized options for various types of drivers and riders.

Didi vs Bolt: Give a Ride

The percentage you pay the platform for hosting you as a driver varies and can be a deciding factor if you intend to make either Didi or Uber a source of income.

Typically,  DiDi chargers their drivers 19% while uber collects 25% as commission from their drivers on every trip. The commission you pay as a driver to the platform has a direct impact on your take-home cash.

When it comes to cross-continental availability, Uber is in the top spot, having established operations in 72 countries worldwide, compared to DiDi’s 15.

Aside from this, DiDi wins in every other category; it manages to keep its price lower than Uber’s while still paying its drivers more. So Didi is a better option than Uber, but only if you have access to it.