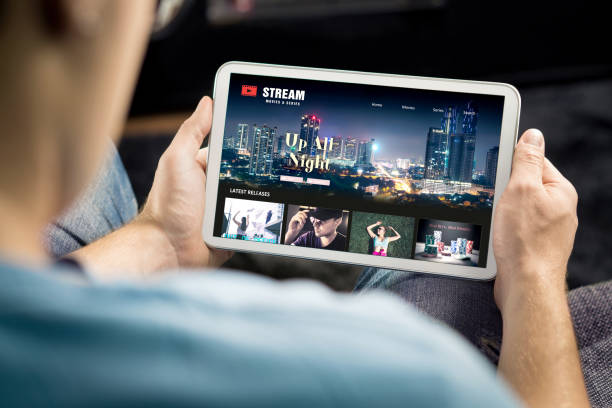 To start with, picking a winner in the Hulu vs Netflix competition is a bit challenging. Despite having the same fundamental concept, the competing content providers are very different from each other in several ways.

Several criteria will determine the best platform, depending on your budget, whatever kind of movie you love to watch, or how many constant feeds are required.

Hulu is the best and the most fully adjustable paid subscription service, offering a variety of membership plans that enable consumers total control over their cinematic experience. It also provides a vast range of active, desirable activities inside and outside the house.

Throughout the evolution of video-on-demand (VOD) programming, Hulu has been a forerunner. This video content giant is capable of adjusting to keep ahead in the online competition, and in 2019 it teamed up with Disney. Later that year, Hulu debuted its video site, Disney+.

Netflix Inc. was founded on August 29, 1997. It’s an American streaming app and entertainment company that provides a diverse selection of movies and TV series through its licensing agreements. It also produces original content under the banner of Netflix Originals.

With approximately 150 million active subscribers, Netflix leads the globe in VOD online subscriptions globally. Netflix started as a postal service in the mid-1990s, projected a direction technology would take then switched into VOD format in 2007.

Netflix’s key selling point is the variety of creative shows it offers. Due to the huge sums of money invested in their development, the company’s films and television programs have received several awards and recognition.

RELATED: HBO Max Vs Netflix: Which Is Better?

What’s the Difference Between Netflix and Hulu

Hulu’s fundamental options are inaccessible on smartphones or tablets.  To download the most recent Hulu app, smartphones must be version 5.0 or later and then have displays with a minimum pixel of 800×480.

For the most latest edition of the Netflix app, Android 5.0 or later is required. The Netflix application can be installed from the Google Play Store, even though some outdated Android devices running version 2.3 can use Netflix.

Netflix is the only major video service that provides a commercial-free service. Netflix, however, stunned some media industry in April 2022 by announcing this will begin offering a cheaper membership with adverts after publicly stating for years that commercials would never appear on the streaming network.

On Hulu, advertisements are often displayed at the start of a stream and throughout a video, much similar to what you would watch on a regular TV broadcast. However, you can now opt to pay $11.99 month by month to remove adverts.

Typically, Hulu makes Television programs available right after their premieres while Netflix waits until the beginning of a new series.

Finally, Hulu provides a larger selection of recent Television series than Netflix, which has a more condensed viewing catalog. On Netflix, there are tens of thousands of vintage television programs.

Hulu vs Netflix Plans: Which Is Cheaper?

While most of us believe that price is a key determining factor, others are more concerned with features and quality. But let’s focus on their pricing here

The Hulu commercial subscription costs just $6.99 monthly or $69.99 yearly, and it gives you access to their collection of commercials.

With the Hulu no-ads subscription, which costs $12.99 a month, you can watch most of the same episodes and movies without commercial breaks.

You can get Hulu plus Live TV with Disney+ and ESPN+ in addition to more trending films and live streams from your chosen sports, entertainment, and news networks for an extra $69.99 each month.

You may even be able to get additional Disney+ and ESPN+ shows for a monthly fee of $79.99, in addition to practically all of Hulu’s streaming programming without any advertisements.

This offer is amazing, in my opinion. To be clear, anything that is not a part of the Hulu video content library will still have adverts on it.

It revealed its most recent pricing increase on January 14, 2022.

The Basic, Standard, and Premium Netflix subscription plans include monthly fees ranging from $9.99 to $19.99.

Overall, Netflix has more and better original programs to offer. Why?

Netflix succeeds at producing original programs more than any other video platform. It creates unique content with renowned filmmakers, writers, and actors.

Regular viewers consider these shows to be among the best in the business, and the original films have consistently landed at the top of Academy Award shortlists.

Hulu, on the other hand, is known for its vast selection of licensed films and TV shows, including American Ultra, Creed II, It’s Always Sunny in Philadelphia, MythBusters, The Beach Bum, and South Park.

Although Hulu has a smaller selection of quality content than Netflix, thanks to its new alliance with Disney, it has nonetheless produced works that have earned accolades.

Hulu vs Netflix: Which is Easier to Use?

Both streaming services provide accessible and user-friendly web applications. They are easy to get to and have excellent search bars.

Overall, both applications are generally good options. Netflix and Hulu feature some of the trendiest, best enticing designs among some of the popular video sites.

Netflix and Hulu being rivals, they each offer something appealing in their unique way. Netflix possesses a larger and greater collection of films and television shows, and the recognition to prove it.

Despite some new features, Hulu excels primarily in the area of certified content. Hulu offers an excellent broadband alternative with its Hulu plus Live TV bundle.

If you’re still unsure, you can quickly try out each program. You have plenty of opportunities to test out each service before committing with a 30-day free trial period included in the Netflix and Hulu plans.

READ NEXT: RELATED: HBO Max Vs Netflix: Which Is Better?