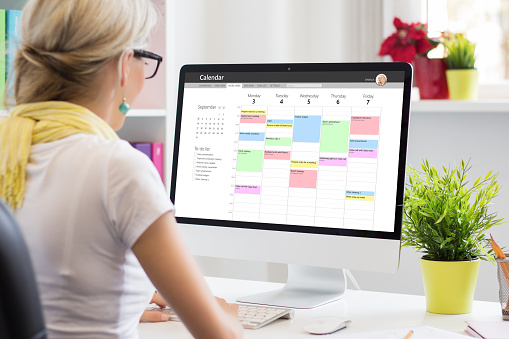 Both Notion and Evernote are awesome note-taking and task management software. In the world of note-taking apps, there’s very serious competition between these two.  It’s so serious that you can’t search for either of them without the other popping out.

Evernote was designed for simplicity; from its design to its features, it’s obvious that Evernote’s focus is to help users take notes and manage tasks in the simplest way possible.

Notion, on the other hand, prioritizes functionality. It’s not as intuitive as Evernote, but it’s a lot more versatile.

Want to find out what all the buzz is about? We’ll be highlighting their pros and cons in this article to help you choose.☺

Notion vs Evernote: Who has better plans?

Free Plan: You can take notes, collaborate with up to five people, and sync your notes across all of your devices with this plan.

Evernote on the other hand has five plans: Free, Personal, Professional,  and Teams.

Evernote’s not that generous with their free plan, you can access the basic features but everything is limited in this plan. You can’t even sync more than two devices.😑

If you’re looking for a free note-taking app, Notion is the way to go; Notion’s free plan is definitely better than Evernote’s.

Here’s where things get really interesting: Evernote’s Personal Plan is only $2.60, whereas Notion is $4. Although Evernote’s personal plan has a storage limit of 10GB per month, Notion offers unlimited storage. To be fair, you’re still getting a good deal, it’s a personal note, you’re probably not going to exhaust all that space in a month.

The downside of subscribing to Evernote’s personal plan is that you can’t integrate it with major collaboration/ project management tools like Microsoft Teams, Slack, etc. However, you can sync your Evernote with your Google calendar, set reminders, and create templates on this plan.

You can’t use APIs on Evernote if you’re not on the professional or team plan.

This is the most advanced personal plan on Evernote. You can integrate your account with third-party tools using native APIs, export notebooks as PDFs, and organize notes by geographical location.

Finding content by geographical location might seem bizarre until you see your office notes being categorized differently from your home notes. It’s a very nice and thoughtful feature.

Notion’s Team plan costs $8 per user, whereas EverNote costs $12 for the same features. If you’re looking for a team collaboration tool, go for Notion. It’s both functional and affordable.

If you’re looking for additional security and support for your organization, Notion also has an enterprise plan. There is no fixed price for this, so you’ll have to contact their sales team for pricing.

Evernote gives a 50% discount to students, while Notion gives students and educators full access to the personal pro plan for free. You would be saving a lot by using Notion as a student or educator.

Non-profits are also eligible for discounts with both tools. Non-profit organizations receive a 50% discount from Notion.

Evernote’s discount isn’t set in stone; you’d have to contact their sales team for specifics, but they offer reasonable non-profit discounts.

Evernote vs Notion: Which looks better?

Notion isn’t really competing with Evernote in this category. It has better aesthetics,  and lots of features compared to Evernote. You can view notes in list view, gallery view, or even by your calendar. It just has a nice appearance and fun features for customizing your display.

Evernote’s not bothered about aesthetics, its main focus is functionality and simplicity (it just has a minimalistic vibe to it).

If all you care about is taking notes and you don’t like to complicate things, go for Evernote.

Notion is a good choice if you want to be fancy with your notes. It has good tool placement that makes it easy to use.

Notion vs EverNote: Who Has Better Project Templates?

In terms of numbers, Notion comes out on top. Notion has over 200 project templates, whereas Evernote has less than 60. Also, Notion templates are way cooler than Evernote’s.

Although Notion has more visually appealing templates than Evernote, Evernote’s templates are far easier to use.

Notion has a Roadmap feature that allows you to keep track of the progress of your project. When you start a task, it is labeled as ‘In Progress’. When you’re just getting things ready and sorting out details for a project/task, you can mark it as ‘Not Started’. Finally, once you’ve completed the task, mark it as ‘Completed’.

This feature is extremely useful if you use Notion as a workspace. You can tell when a project has gone live, when it is still incubating, and when it is finished. You are always up to date on all tasks, but you have to create your tasks manually.

Evernote, on the other hand, has an in-built task module. When you create a task, it automatically generates a list of subtasks for the task. There are also reminders and flags to ensure that you do not skip tasks and that you properly prioritize your tasks.

Both functions well as task management tools but if you like defining and monitoring your workflow, you’d do better with Notion. If you like simplicity and optimizing resources, Evernote’s better at this.

READ MORE: Basecamp vs Asana: the New Face of Collaboration?

Evernote’s homepage comes in blocks and widgets, so it’s fun to play around with. You can add your calendar, tasks, pinned notes, and your scratch pads to your homepage. The best part is that you’ll be able to see them all at once.

Notion, on the other hand, has wikis, which allow you to add shortcuts to the tasks or notes you want to see. With a single click, you can access your important tasks and notes. There’s also a context feature for these wikis, so you know why each meeting or task is taking place.

Notion vs Evernote: Search 🔍 And Filter

Evernote’s search feature is way superior compared to Notion’s. In addition to searching for notes and documents, you can also search for handwritten notes in Evernote. It also anticipates your search based on your notes.

It also has an advanced search feature,  ‘Boolean operator’. It allows you to search for two things at once, for instance, you can search for ‘grey AND yellow” simultaneously.

Notion also has a good search feature but it’s basic compared to Evernote’s. It displays recently viewed items when you are about to search which is smart because there’s a high probability you’re searching for something you are working on.

You can import notes and documents into Notion but you can’t scan them and convert them into notes. The upside is that you can save the documents and also add APIs that can do this for you but Notion can’t do this directly for you.

Evernote on the other hand can scan documents, handwritten notes and convert them into actual notes. Evernote’s really serious about going paperless. You can scan receipts and business cards for contact info and Evernote will save the contacts. That’s just awesome, they deserve a five-star for this.

Evernote has the upper hand in integration when it comes to simplicity. Notion only integrates natively with Slack, while Evernote has six native integrations.

You can integrate Microsoft Teams, Google Drive, Gmail, Google Calendar, Salesforce, and Slack when you subscribe to the professional or team plan.

READ MORE: Slack vs Microsoft Teams: Which is Right For Your Team?

Aside from Slack, you can integrate other collaboration tools with Notion, but there is a catch. You’ll need to create your APIs, which is a major roadblock if you’re not technically inclined.

You can also use tools like Zapier to automate integrations with third-party apps on Notion.

If integrations are a big part of projects, you can opt for Evernote if you’re not on a budget. If you’re on a tight budget, Notion might be worth considering, even if you have to go the extra mile to get an integration tool. It’s worth the extra work since it has API integration for its most basic plan.

Notion and Evernote allow you to save web pages from your browser. It comes as a Chrome extension. You can convert your clips into notes with either of the tools.

You can sync multiple devices with Evernote and Notion. If you’re wondering what device sync is, it simply means you can make changes on different devices and it will reflect on your notes.

For instance, if you update your cooking recipe on your phone, you will see the changes when you log in to your account on another device (e.g your laptop).

On both platforms, you can attach documents, sketches, photos, recordings, and so on. Evernote has a slight advantage in this area. You can convert documents, handwritten notes to actual notes on Evernote but you can’t on Notion.

Evernote also has a sketch integration, you can draw or sketch directly on Evernote. You’ll get the most out of this feature if you have a stylus pen.

You can’t sketch directly in Notion but you can add it as an attachment. It’s not a big deal, but if you enjoy sketching, it could be a deal-breaker.

What if you edited a note and prefer the previous version? There’s nothing to be worried about. All you have to do is go to the note’s history and you’ll see all of the notes’ versions then restore the desired version.

Which should I Choose?

Both tools are capable of much more than just taking notes; they are also effective project management and collaboration tools.

Aside from being a great note-taking app, Notion also functions as an excellent project management tool, allowing you to effectively manage multiple tasks while also monitoring their progress.

If you’re looking for a great task manager and project management tool for your team, choose Notion.

How to Delete a Slack Account/Workspace