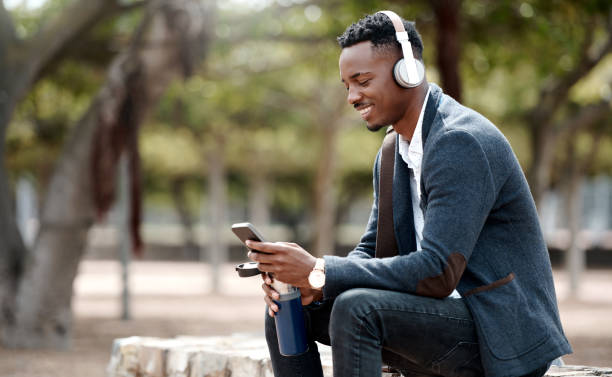 Spotify and YouTube Music are household names in the industry with unique services being offered on both platforms, even though they have some similarities, the distinction between both companies is what we will cover here today.

Streaming music is becoming more conventional by the day, and as the industry grows the distinction between top dogs becomes interesting by the hour. With over 1billion+ downloads on the google play store and the numbers rising daily.

Spotify and YouTube both offer free streaming services. However, what you experience on both platforms differs in several ways.

Taking into account that YouTube Music permits you to skip ads after five seconds and also lets you change songs at will is my main takeaway. While Spotify only allows 6 changes hourly thereby forcing you to listen to songs you might not want to listen to and more frustratingly interrupting your playlist with ads you have no control over.

The aim of having a distinction in pricing is to offer services better than the free plan. But while it looks like the prices are the same, the packages on each platform differ, so let’s take a look.

Once you have paid for the platform’s services, both YouTube and Spotify provide similar features:

The truth is for this category Spotify provides some mouth-watering offers that are hard to overlook I mean. For example, in addition to the 50% discount on the student plan, you are also going to get free access to HULU and SHOWTIME.

In addition, the family plan includes access to Spotify Kids. Although I think the kids’ plan is just different covers of cocomelon.

If you pay close attention to differences in the quality of audio, in general, you would notice slight distinctions in the various sound settings provided on both platforms.

Well, everything started slowly and YouTube music seemed to have a better head start compared to Spotify, beating it in almost all categories save the last.

Spotify simply goes above and beyond to provide users with the best possible experience. So, if you’re not bothered about audio quality, you can go with YouTube music, but if you want the best audio experience, I would recommend Spotify.

Both of these companies have a massive content library spanning different genres and features for both mainstream and individual artists(indies). But different management means different ideas and eventually different outcomes. So let’s take a look at these differences, shall we?

2022 February to be precise, Spotify Adds a whooping 60,000 tracks to its collection daily, this is adding to its massive library containing over  90 million tracks.

They definitely know how to spice things up, with a wholistic partnership deal with the billboard, mainstream music lovers can now stream music from the billboard playlist choosing from over 4.1 billion playlists in their collection. Another benefit of the partnership is that it allows subscribers to stream Hot 100, Billboard 200, and Billboard Weekly, right from the app.

As of today, Youtube Music has accumulated over 80 million official music releases in its library.

Maximizing their partnership with  Warner Music Group (aka VEVO),  Universal Music Group, and Sony Music Entertainment This was made possible. The partnership also allows subscribers to watch the official video of their favorite songs.

The mainstream aside, Spotify has a good highlight of independent artists in the indie playlist section.

Spotify reported that the annual market share for independent artists grew by almost two percent with revenue increasing to a whopping forty-nine percent in 2020.

When it comes to Indie music, Youtube Music is not lacking behind, having a decent number of playlists, though they can do better. Under Genres, Indie is fused with Alternative music, and even at that, the entire section has only about thirty-two playlists featured, the collection is not as extensive as what’s on Spotify.

Music aside, Spotify has a rich archive of non-music content to choose from. From ambient sounds, podcasts, spoken words, and even audiobooks. If you enjoy this type of music, you can choose from an incredible collection of over  7,000  tracks.

In addition to this Spotify launched a couple of original shows to spice things up further.

Youtube without surprise is officially more music inclined but with what seems to be a glitch in the algorithm, you’d find some unofficial audiobooks and podcasts alongside the official contents.

In general, YouTube has an advantage in the sense that when you search for a song you don’t only get the official track as the case is with Spotify, you also get covers, official videos, stage performances, and so on.

This is a clash of titans in the music streaming industry, but one titan stands out. Spotify emerges victorious with amazing collaborations, premium audio quality, combo packages, and an ocean of content in its library. Keep this in mind the next time you choose a platform to stream your music from.