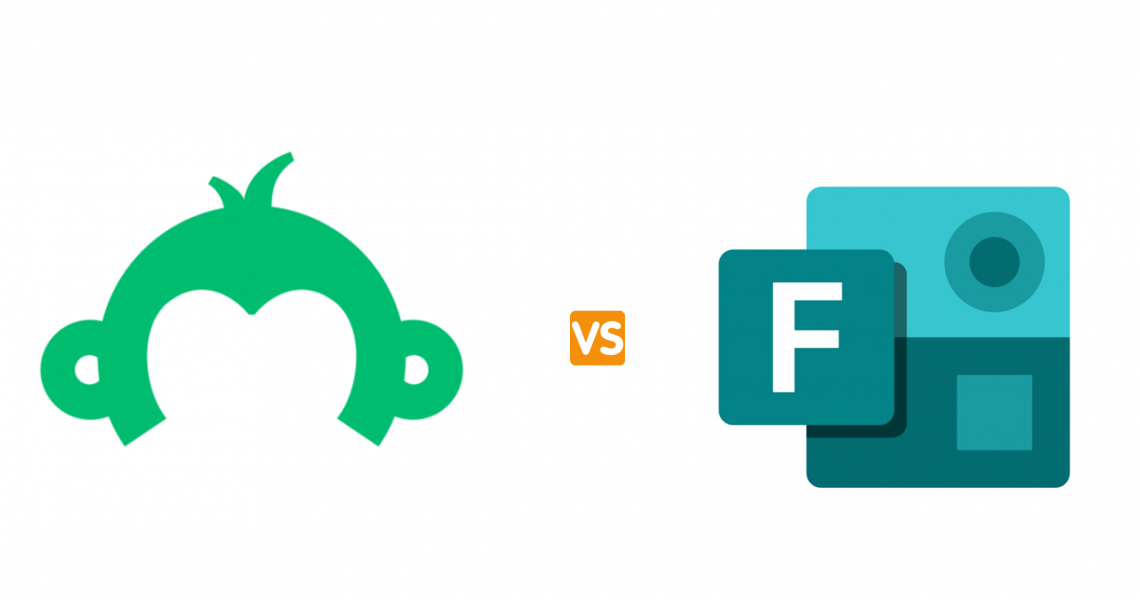 Who does not love to create forms online! Data gathering has never been more comfortable with the use of online forms. With about 4.66 billion active internet users, you will never go wrong with the use of online forms, which you can utilize for surveys, polls, quizzes, or what have you. It is quicker, inexpensive, more precise, quick to evaluate, and stress-free for contributors. It’s why we’re comparing two top tools for data gathering – SurveyMonkey Vs Microsoft Forms.

What could be more fascinating than having a SurveyMonkey Vs Microsoft Forms consideration? They have both turned out to be unique and great contenders, practically solving the gathering of data online.

Let us gain insights as we seek to have thoughtful opinions about SurveyMonkey Vs Microsoft Forms, as there will be fairness in scrutinizing both of them.

With no necessary training, the advent of SurveyMonkey and Microsoft Forms has solved creating surveys, quizzes, and polls.  There are a couple of similarities between both tools. Find some of them below:

Both SurveyMonkey and Microsoft Forms support platforms such as web, iOS, and Android platforms. Hence, they have a website and mobile apps that are available on both app stores.

You can get support from these platforms through a couple of channels: phone calls, web-based customer support (chats), emails, and a knowledge base.

Data protection is of paramount importance, and both SurveyMonkey and Microsoft Forms are General Data Protection Regulation (GDPR) compliant. People sometimes like to be anonymous while responding; they both have a feature to deal with that.

They also both have great design options for color and background coupled with a friendly user interface.

As a final point, they both have appropriate analysis and reporting platforms embedded in them.

While both SurveyMonkey and Microsoft Forms are available on the web, iOS, and Android devices, the latter takes it further by having an app for windows devices. SurveyMonkey does not have an app for the Windows OS.

The pricing models for both platforms are somewhat different.

For Microsoft Forms, you can create a free account for personal use by using only a Microsoft account. To get the premium feature with an expanded number of respondents and more templates, you need to subscribe to Microsoft 365, which automatically gives you access to all Microsoft Office apps.

There are certain key features that the SurveyMonkey tool provides, but are lacking in Microsoft Forms.

Some of these include:

There are also key features in Microsoft Forms lacking in SurveyMonkey such as:

Another platform that features video in its form tool is Typeforms – VideoAsk.

It’s hard to choose which is best as both tools have really thoughtful features. In making a SurveyMonkey vs Microsoft Forms selection, it all boils down to preference. Certain features might be more important to you than others. So, go through the listed features and pick out what features serve your purpose more.

Let us know if we missed anything in the comments section.